The Most Important Facts You Should Know about Botox Procedures 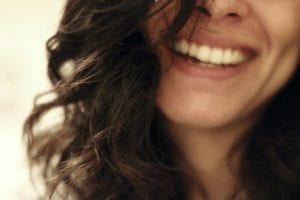 Basics of Botox
Botulinum toxin, or Botox, as it is commonly known, is a special material which has been used for decades in certain medical procedures. Its original use was for the treatment of lazy eye and blepharospasm, a condition where a person is unable to move their eyelids in a particular way. Botox was also used for the treatment of a condition known as wry neck. In recent years, Botox has been used as a treatment for conditions such as excessive sweating as well as migraines.

The procedure
If you undergo a Botox procedure, you will be placed in a raised position on an examination table. The areas which will be injected are then cleaned with a cleanser which is non-alcoholic. Some technicians apply an anaesthetic or cream to lessen the pain. The Botox will then be injected into the preferred area, and the pattern of injections typically include around 4 to 5 areas on both sides of the forehead, as well as 2 to 3 areas around the eyes. If an area appears to bleed, pressure will be applied to it to control the bleeding. Ice can also be applied prior to the procedure to numb the area.

After the procedure
After being injected, patients are requested to lie in a semi-upright or upright position for a few minutes to make sure they feel well enough. Patients are also asked not to lie down for the next 2 – 4 hours. Those who exhibit some bruising will be asked to avoid aspirin and ibuprofen to stem the bruising. Specialists will often recommend not doing anything strenuous for the next few hours after treatment to avoid increased bruising.

The risks
Whilst risks are not that common with Botox procedures, side effects can still occur. Some common side effects include headaches and a feeling of tiredness (similar to flu). In some cases, the patient may have a drooping eyebrow or eyelid. One important fact to remember is that if you have an allergy to eggs, you should avoid this procedure altogether because Botox is prepared with albumin, an egg base. Other risks include rashes or difficulty breathing. If you have undergone Botox and have experienced any of these symptoms, it is important to seek medical help right away. You may also be eligible to make cosmetic surgery claims depending on the extent of your injury and the negligence of the technician.